Reports of VR’s Death Have Been Greatly Exaggerated 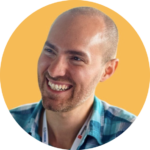 Jeremy Dalton is the author of RealityCheckXR.com, head of XR at PwC UK and a public speaker. This is an excerpt from the book Reality Check: How Immersive Technologies Can Transform Your Business. It has been adapted for web viewing with additional pictures and was originally posted on Kogan Page.

As a concept, virtual reality (VR) has been around for as long as stories have been told.

The Lascaux Cave near the village of Montignac in south-western France is a UNESCO World Heritage Site, home to over 600 paintings that cover the cave’s walls and ceiling. These paintings depict a variety of animals, humans and geometric signs.

In an attempt to interpret the paintings, one theory put forward by some anthropologists and art historians is that they could be a record of past hunting success. Another theory suggests that they represent a ritual to encourage the success of future hunting activities. Whatever the true reason, these paintings are a medium of primitive communication estimated to date back as far as 15000 BC.

Although recent findings suggest that written text goes back further than 5000 BC, the Sumerian civilization is often credited with developing writing around 3400 BC. The ‘Epic of Gilgamesh’ is probably history’s oldest known fictional story, starting out as a series of Sumerian poems that dates back to 2100 BC.

These ancient examples show storytelling through two different forms – pictorial and textual. But we also communicate stories through what is perhaps the oldest medium that until relatively recently has been difficult to historically record: speaking.

Every day, we speak to colleagues, friends and family. In a professional context, we tell and listen to stories every day, from coaching conversations to pitch presentations.

The objectives of storytelling and VR are similar: to immerse you in the narrative of the storyteller. The reasons for this are many, but can include entertaining, socializing, informing, educating, persuading, training and so on. It is the job of the storyteller to evoke an emotion in the receiver: fear of missing out on a good deal, empathy towards a refugee living in difficult conditions, excitement about a new product being released, fright while watching a horror film.

VR, in its present-day technological form, is simply the latest evolution in the medium of storytelling. As a concept, it is grounded in the very essence and history of humanity and is consequently not going anywhere any time soon.

VR Adoption vs. Other Technologies

‘VR is dead’ is a favourite line for news articles, tweets and blog posts everywhere due to the supposedly ‘long’ time it has taken to reach a relatively small level of adoption.

This perception pervades because most people don’t attempt to benchmark VR against the adoption times of past technologies. It is the result of examining VR in isolation and against a backdrop of expectation that technologies are widely adopted in a matter of a few years.

Figure 11.2 shows adoption rates of old and new technologies. It includes domestic appliances such as microwaves as well as media sources such as radio. It covers technologies as pervasive and complex as the internet as well as hardware devices such as tablets.

Analyzing this diverse range of technologies provides useful insight to better understand the question of how long technology adoption takes.

This data is taken from publicly available sources and is based on US household adoption. Most records, particularly older ones, are usually gathered once a technology has reached a significant point such as the 10% penetration mark. Hence, granular data below this point is sometimes not available.

However, by considering the year that the technology was first sold to the public, we can calculate how long it took from that moment to reach mainstream adoption.

Mainstream adoption is a largely subjective concept, but by defining it clearly and applying this definition consistently across all technologies, we can develop an analysis that is useful for making comparisons. In 1962, sociologist Everett Rogers released a book titled Diffusion of Innovations in which he theorized how new ideas and technology are spread.

To do this, he pulled together research from more than 500 studies across a range of fields. The result is what is known today as the technology adoption life- cycle, a bell-shaped curve which categorizes consumers into five groups based on their buying habits. These are listed below with interpretations inspired by organizational theorist Geoffrey Moore:

The last three groups take us from 17% to 100% adoption, representing the mainstream market.

In his book Crossing the Chasm, Moore outlines the challenge of establishing a foothold in the mainstream market, which he defines as the early majority onwards. This indicates that once you have almost 1 in 5 people that have adopted a technology, it can be considered mainstream.

This would seem to be a reasonable assumption, if slightly conservative, but that’s okay as it will only strengthen our findings. On that basis, let’s examine a variety of technologies through the ages and see how long each one took to reach mainstream adoption status (or 17% by our agreed definition).

Following Alexander Graham Bell’s telephone patent being granted in 1876, the first home telephone was installed in April 1877. It took until 1906 for landlines to reach 17% adoption.

The internet originated as a United States Department of Defense project in 1969. However, it was only made commercially available to the public in 1989 when The World became the first internet service provider (ISP), offering dial-up access to the internet. Growing at a blistering pace, eight years later 17% of US households had internet access.

The first VR headset was offered to consumers as a commercial product in 1993. By 2020, VR penetration was somewhere between 6% and 16% based on different estimates, and despite a lull of almost two decades in lost time, its progress is still within the range of mainstream adoption times of the technologies that came before it.

The next time someone says ‘VR is dead’, instead of relying on missed consumer sales targets, look to the past – to real historical data of how long it’s taken us to adopt previous emerging technologies – and you’ll realize that reports of VR’s death have been greatly exaggerated.

Learn more about VR and AR in Reality Check

Reality Check is a no-jargon, easy-to-read book that will take you from zero knowledge of virtual reality and augmented reality to a comprehensive understanding of its strengths and how it can be used across all industries. Along the way, you’ll come across academic research, corporate case studies and reports, and we’ll also bust some myths like the one above. Find out more about the book here.

Reality Check is available in ebook and physical format from bookstores, Amazon, and directly from the publisher who can ship anywhere in the world.

MeetinVR’s take: Virtual reality is following a similar path to mainstream adoption like other foundational technologies have. The more use cases and supporting innovations hit the market, the more value virtual reality brings. It takes a few good years for disruptive technologies to mature and to diffuse, and we are very much looking forward to seeing how VR adoption will change the way we communicate, work and socialise.